Ravensbourne 2012 is the end of year show run solely by students to show case students work to their respective industries. As for 3D Storytelling my role is as head of rigging and logistics. This has involved working a lot closer to the directors of the event rather than working within the engineering group.

The main task that I have faced with Ravensbourne 2012 has been lighting for the 4th floor. Originally fashion wanted to put there show on level 7 but this would have made lighting it physically impossible due to the height of the ceiling and logistically it wouldn’t be possible to have the number of people that they wanted in that space. Russell and myself talked them round to holding the show on the 4th floor which is a much better space to work in but still has many challenges first of which was designing a light weight structure that was strong enough to take more lights than we had last year. Due to the weight restrictions on the floor I had to put an extra 4 ground supports in to spread the load over the floor. Overall the maximum load that I can put onto the floor is 4 tons but I can’t have more than 500KG at any one point. This has definitely been my biggest engineering challenge this year, if we had been allowed to fly the structure off the RSJ’s on the ceiling above the 4th floor I would have never faced this issue and the space would look a lot cleaner than its going to, but we all have to make compromises.

Working so closely with the management team has posed its own issues as Russell and myself have been rather segregated from the engineering team and been in the level 1 office most of the time, this is something that we had to do however as the event would not run without us. The hours that we have put into this has been tremendous, planning almost everything and trying to fix all of the logistical/engineering problems and picking up the slack when needed. I have also had a couple of run in’s with the management team on some of their decisions, the main one being over stage electric. After 3D Storytelling I did some deals with stage electrics for Ravesbourne 2012 with the managing director of Ravensbourne 2012 but the rest of the management team did not agree and felt that we could get a better deal elsewhere. This was not true as the kit they were asking for from other companies was not what I had specified for the rig. Eventually a very last minute decision was made to go with my original plan, as it was the best deal on the table. 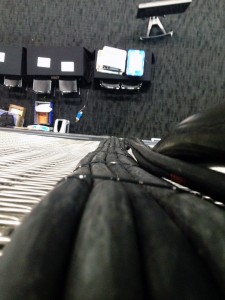 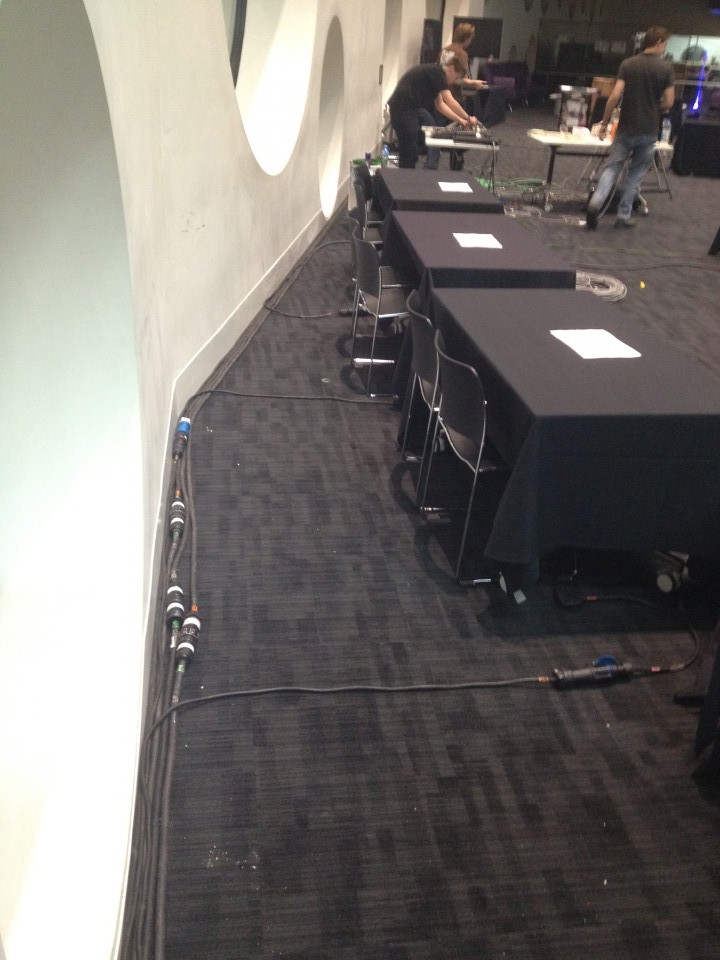 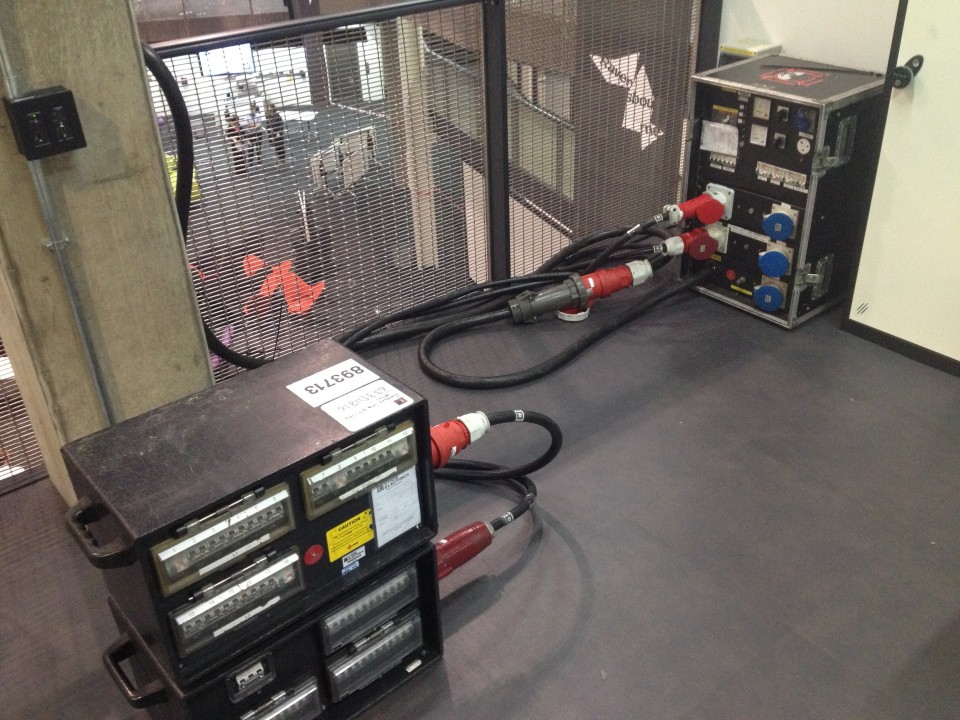 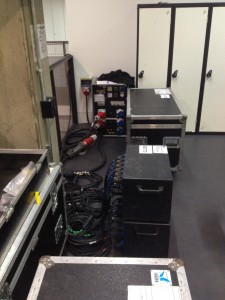 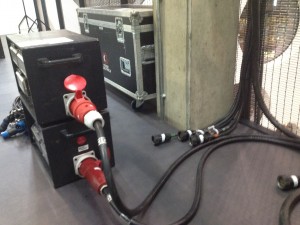 Today we made some serious progress in creating an initial IP stream using a few odd bits of kit lying around room 906. The bodged system myself and Scott came up with consisted of:

The system became a bit of a bodge as we struggled to get anything other than Windows Streaming out of the Cisco Encoder, as a temporary measure we used one of the MacBook Pro Laptops as a ReEncoder to initially take the Windows Stream and turn it in to an H264 MPEG4 Stream, using VLC Media Player / Streamer.
This bodge wasn’t pretty or efficient but it worked, and it also worked throughout the building at Ravensbourne.
The next task over the next week or so is to transfer what I’ve found whilst playing with the Cisco Encoder and transfer my findings over to Tributary / Record Server 5. During the transfer we should be able to find a much efficient and simple system.
bodge building cisco composite signal desk encoder Encoding h264 kit measure Media Monitor MPEG odd bits picture player Ravensbourne signal signal generator Sound sound desk streamer Streaming tone generation transfer View Viewing VLC